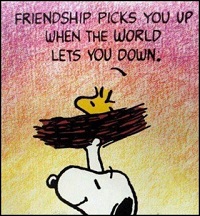 When we moved to Bristol nearly three years ago and we went to worship at our parish church, St Paul’s, and at Cotham, what a wonderful welcome we received. We have enjoyed making new friends in the three congregations and in other ways. By a wonderful coincidence, I have met again, through mutual friends, someone who was in the same party as me on a trip to China in 1976. We had not seen each other for over forty years and now we both live in Bristol.

At that time, China was briefly being governed by the Gang of Four, which included Chairman Mao’s very radical third wife. There was great apprehension that there would be another cultural revolution and professional people, and other city dwellers, would be sent miles away to work in the fields and ‘learn from the peasants’. They might never be seen again. The only way it was safe for a chest specialist in our party to talk to a Chinese colleague, who was working in Peking, was to be driven round in a taxi. He knew that he was being watched and that he was on a knife edge.
How lucky we are to have freedom of speech and to have the secret ballot. These freedoms make possible and safe one of the most interesting forms of friendship, which is one where friends disagree on many things while agreeing on others.

I trained to be ordained on the Carlisle and Blackburn Diocesan Training Institute. Most of us had families and or jobs, so it was impractical to go away to college, and so we trained together and our differences enriched our experience. One of my friends was very ‘high church’ and one was very’ low church’. One day their tutor grew very concerned about the ferocity of their arguments. They reassured him, “We are great friends. It’s just that we disagree about everything.” They were great friends and actually they had much in common, such as their following of Jesus and their calling to be ordained in the Church of England

One political friendship, which always fascinated me, was between Enoch Powell and Michael Foot. They were from totally opposite ends of the political spectrum so, like my friends, they disagreed about everything, but actually they didn’t. They were great parliamentarians and for them parliament should not be subservient to the executive.
These friendships show us a way of drawing closer to one another, by accepting on the one hand what we agree about and on the other hand what we disagree about, rather than focussing solely on our disagreements, which we so often do. In the end though, hurray for our friends and thank God for them.