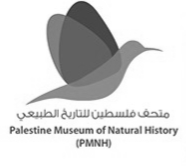 Sue Parfitt is a member of our community.  She recently spent 3 months in Palestine.  This is one of her letters.

The Palestinian Museum of Natural History in Bethlehem, where I am spending a month, somewhat belies its name.  It is indeed that but so much more than that.  Founded in 2014 by Professor Mazin and Jessie Qumsiyeh, it was formally opened in April 2017 after the most enormous amount of physical work had been done on the four acre site, mainly by volunteers, who had constructed stone walls for terraces, laid paths and ponds, re-designed the interior of the four story building on site and laid out the structure of a permaculture garden.   The site belongs to the University of Bethlehem under whose auspices the PMNH’s work is conducted.   Now it is a hub for teaching, training and experimenting, pushing out the boundaries of knowledge in the fields of conservation and scientific research into biodiversity and sustainable living.

The Museum is not for the faint hearted.   On my first day I was shewn the aviary housing a recovering owl where it was hoped he would learn to catch and eat the pigeons with which he was sharing territory.   On a field trip the previous week, a large snake had been caught.  When I asked rather nervously where it was now, I was told “in the freezer”!   One of the rooms houses exhibits of the rich flora and fauna of Palestine, some of which are only found here.   But I was also confronted with several jars of human embryos, looking uncomfortably perfect and baby like.

Volunteers come from many different countries to help with the manual work, and contribute to the development of training resources, IT, and field work, using their varied skills and expertise.   Above all though, the PMNH under Mazin’s leadership is a centre for political resistance to the Israeli Occupation.  Located in Bethlehem, it is situated at the heart of the Occupied Palestinian Territories.   It is the most perfect example of “sumud” – steadfastness – which lies at the heart of the non-violent political resistance to the occupation which is the critical motivation behind all the PMNH’s work.   It strives to empower, to enthuse and to give purpose to the lives of ordinary Palestinian people – especially to the young people here – fostering in them a pride in their culture and heritage and a desire to conserve and care for their environment.   They are a people waiting and working for their freedom but they are also a people who need to live each day of their lives now as productively and creatively as possible in what to most of us would seem to be impossible circumstances.

Around the walls of the work room, the library, the exhibition room, the laboratory, the teaching rooms and the corridors are texts and quotations which encourage visitors in the PMNT’s vision: that the best form of resistance is in staying put.   And what more profound way of staying put is there than by honouring and making known the rich culture, history and biodiversity of this land and in developing ways of conserving it.   It is a vision promulgated by Mazin himself, a prodigious writer, author and contributor to scientific and political books and journals as well as being a truly great human being.   He and Jessie certainly walk the walk, at considerable personal cost to themselves, as well as talking the talk.  They give of themselves unstintingly, accommodating the volunteers in their home and in a flat they rent next door and providing for all our needs.   It feels a great privilege to be sharing so closely in their work.   Four days into my visit, I can see that this journey of learning and inspiration has hardly begun!