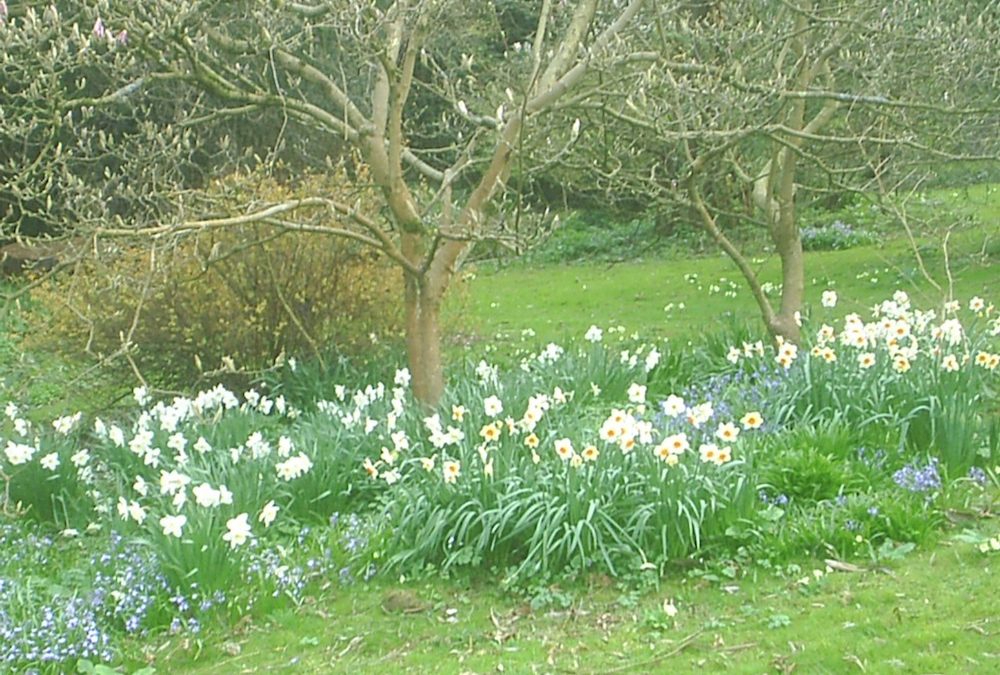 On June 19th 2016, when you so kindly gave me a beautiful bunch of flowers as I left Cotham to go to Oxford, I remember saying to you “I shall probably be back!”  In fact, I did not altogether mean it.   I had truly expected that I would be staying in Oxford, living out a vocation with the Sisters of the Love of God at Fairacres for the rest of my life.

So I thought it might be a good idea – and probably help me – if I were to try and ruminate a little over what has happened in the last year.

I was of course very old to try and enter Religious Life, and I know that some of you thought so too!   But somehow, the idea of living out this last part of my life at least as a nun had a great attraction for me.  Much more importantly, I believed that this is what God was asking of me.   It was something I had discussed many times with my spiritual director and also with Graeme who had become terminally ill by 2012.    So when he died in March 2013, I quite soon began to put into motion some early steps towards fulfilling this ambition. I approached the Sisters at Fairacres towards the end of 2013 and, somewhat to my surprise they were encouraging, though wisely said that after a major bereavement, I would need to wait two years. I would also need to spend 3 months with them as an Alongsider so that we could all have a look at each other.

All that went well and so during 2014 and 2015 I spent a good deal of time preparing to start a new and very different life.   This involved unimaginable amounts of decluttering, downsizing, and reorganising as well as entering into many conversations with friends and family in which I tried to make sense of what I thought God wanted me to do.   One of these conversations was with our then Vicar, Richard, who had just spent his sabbatical exploring Religious Life for himself.   He had come, he told me, to the conclusion that, as far as he was concerned, it was an emphatic “No”!

The day came for me to leave – it was referendum day June 23rd 2016 as it happened!   Though more to the point, as far as the Convent was concerned, it was the Vigil of the Feast of  the birth of St. John the Baptist – that mid summer moment in the Church’s year when John’s prediction that he must become less so that His Saviour could become more is reflected in the first shortening of the day’s length.  It seemed an appropriate day for my own start on what Richard Rohr has so well described as the journey downwards.

So what took me there and what brought me home again?   I had and still have this feeling that in one’s 70’s life is short and that there is still so much to do to help bring in the Kingdom. All that God has held out by way of invitation into the life of grace needs to be more passionately grasped and loved and lived.   And those compelling Gospel invitations!   “Go, sell all that you have and give to the poor”;   “Be perfect even as your Heavenly Father is perfect”:  “Love others as I love them.”   Impossible imperatives that I as a preacher, like so many others, try to make sense of, adapt, integrate in some way into my ongoing Christian life.   But could they be lived more fully, more completely, more radically?   Surely a way that I might be helped to do so, it seemed to me, would be through the Religious Life with its vows of Poverty, Chastity and Obedience.

And so it was, in many respects, the perfect pasture in which to let God grow one on into holiness.   The daily Eucharist; the continuous Presence of the Blessed Sacrament in Chapel; the silence; the sevenfold office or Opus Dei, called by the bell to pray the psalms and prayers in Chapel – taking precedence over everything else; the commitment of everyone around one to the same project;  the pattern of two hours a day of private prayer.   What riches were here! I found myself living on a spiritual high for much of the time – the prayer time in particular having the extraordinary effect of throwing me into an exponentially greater desire than I had ever known, to serve God’s people, especially His poor and confront the injustices in which they are immersed.

But here of course was the paradox.   The Community felt able to live its vocation with little contact with the world.  But for me, increasingly, this did not seem to work.  To stay passionate, some small, symbolic contact with the needs of the world remained crucial.   For the Community, this suggested that my vocation was not with them.   For me, it felt, and continues to feel, that the radical commitment of contemplative prayer always needs to touch into brief, refreshing encounters with God in His people.

And now a new adventure begins!   God, in His immense generosity has given me back many of the lovely things of life – friends, home, animals and garden and not least, my membership of the church family here at Cotham.  Perhaps it is not so much a new beginning;  more a kind of  “arriving where I started and knowing the place for the first time.” And so, for all that has been, thanks.   For all that shall be, yes!