October charity of the month—Aidbox Community 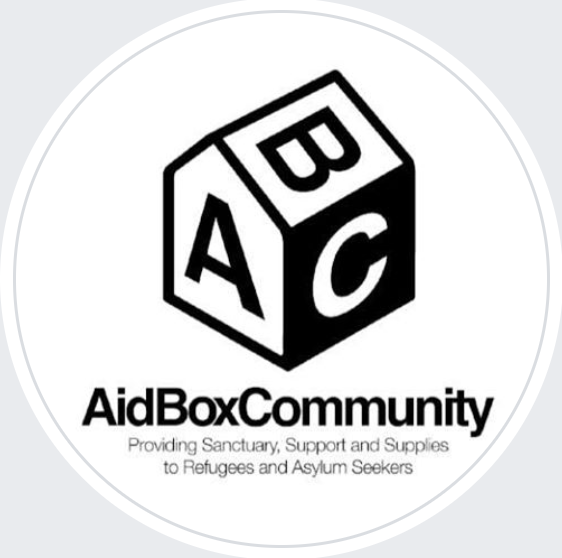 Aidbox Community was set up by Imogen McIntosh 4 years ago in response to images of refugee children from war torn countries who were arriving in Europe with their families and with nothing. The image of the small child lying motionless on the beach in Greece at the height of the conflicts in Syria, moved her in particular.
At the celebration of the opening of their new building on Cheltenham Rd 12 September which Sue Dibdin and I attended Imogen said, ‘I looked at the images of children on television and thought that could be any of us with children,’ and she felt she had to act. She began by asking friends to help her and filled her house twice over with supplies for refugees in the Dunkirk and Calais camps in France and set off with one or two friends with her deliv-eries. Imogen is dynamic and committed. It is easy to see why people believe her. She exudes passion and trust, and a wholehearted commitment to what she believes she must do.
Her work continued and continues to grow. She had, in a short space of time, a good number of people supporting her in many ways both here and in traveling to the camps in France. From what she saw she felt she just had to continue.
I met Imogen through Sue Dibdin who volunteers for Aidbox, when her latest project was to provide support for refugee women in Bristol with very little to live on. By now she has a resource centre up and running for refugees to get basic essentials. Somewhere for them to meet to find friendship and moral and physical support was Imo-gen’s next challenge. Cotham seemed a good solution at the time and the small hall was used on Monday morn-ings at no cost to them. Sue Dibdin, together with others, met regularly with the refugees as a volunteer.
Now Aidbox, thanks to charitable giving, is able to rent premises on Cheltenham Rd and to employ staff to work in the charity. The celebration demonstrated Imogen’s vision and testimony to the many volunteers who work with her and with Robin, the newly appointed CEO.
It’s great that Cotham has been able to be involved in a small way. Imogen has said on every occasion I have seen her, how supportive we have been as a church. It’s wonderful to hear that and long may it continue.
This is our charity of the month for Oc-tober. So thank you to everyone who gives generously, which supports our charities and provides help for those who have been through trauma and difficulties we can hardly imagine.