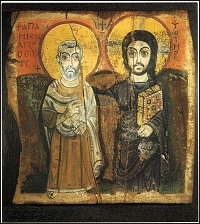 How do we sort out all the stuff we’ve accumulated? How do we get rid of all that useless paper?

It’s a common enough topic among people I meet.  I’ve still got the filing cabinet I bought as a curate at St Mary Redcliffe 55 years ago. And yes there are a few things that date from even before then. Removing bits of paper which are long past their useful date is an unending task. Just a few things might be interesting to somebody else – like some letters written by a gt gt gt grandmother in the last months of her life. Full of concern for her children and grandchildren in a way that mostly looks very modern.

But most of it – vanity of vanities – as the writer of the book of Ecclesiastes put it two or three hundred years before the birth of Christ. No value to anybody but sorting them out takes time and energy. The writer of the Epistle to the Colossians and the story in Luke’s gospel both warn against greed. Against the desire to have more and more things – as if things would keep us safe and happy. But the accumulation of things which I am talking about just happens gradually as the years go by.

2000 years ago when the gospel story was first told it was more possible to think that the world offered essentially unlimited resources. Jesus spoke about how gathering more property was not what life was about. But then it wasn’t obvious that overuse of the world’s resources  was a threat to all the other inhabitants of the world. And to all the other creatures that share the world with us. All those plants and animals that are part of the web of life that we all belong to and depend on.

At that time also it wasn’t obvious but human activity was changing the environment. They were clearing forests from the hills and mountains. This led to much more silt being washed down by the rain. That clogged the rivers and created marshes. And the marshes became an excellent habitat for mosquitos, which spread malaria. And that is thought to be one of the reasons why the Roman empire came to an end. Malaria made many coastal areas uninhabitable.

Now it is very clear that our whole way of life is a threat to the health of the planet. And that is very serious for us because if we destroy the system that keeps us alive, it will be the end of civilization and the mass extinction will include most living things. It has happened before in the distant past. But then it was the result of an asteroid strike or other natural disaster.

It’s all very scary if one stops to think about it – and very difficult to see what one or a few individuals can do about it.

Just about all I have said so far could and is said by climate emergency campaigners. Is there a specifically Christian slant to it?

Among our present day prophets, the Swedish girl Greta Thunberg is very successful in getting her message heard. I don’t think she is a Christian. But Pope Francis also speaks out very clearly but his message tends to get buried in the other problems of the catholic church. But he does have a clearly Christian slant grounded in his Jesuit training.

And that training includes something I say often God is in All Things. Caring for the world is very much part of our stewardship of God’s world. And  we do have a duty to be concerned for all our sisters and brothers, who we share the world with. The familiar parable of the good Samaritan was pointing this out. Everybody is our neighbour, of whatever race or skin colour. Paul also likes to point that out as he does in the epistle today but he seems to limit it to those who are “in Christ”.  Yes what I am saying could just as well have been said by a speaker from Extinction Rebellion, who might claim to be an atheist. But our faith gives us extra reasons to take it all very seriously.

But as I suggested the changes that need to me made are so big that it leaves me at least feeling overwhelmed and not knowing what I can do. And that easily leads to a sort of paralysis aided by knowing that I shall almost certainly be dead before things get too bad. Though recently I’m beginning to wonder. Things are happening quicker than the scientists expected or perhaps hoped.

But I do want to pass on a more positive slant.  It comes from  a talk by Mary Colwell. She was a producer for the BBC Natural History Unit and she is a member of the congregation at Clifton Cathedral. She outlined all the problems and then started talking about how to polish a table. You concentrate on one small area at a time. If you cannot deal with the whole problem concentrate on one small bit. Concentrate on something that you can get excited about. For Mary the one small bit is the Curlew. You know that big brown bird with the long curved beak on muddy foreshores. Whose call sounds like this…..The Curlew is rapidly becoming extinct as a breeding bird in most of the British Isles. That’s because it nests on the ground in grassland. That was fine when the grass was cut for hay in say July. By then the young had fledged. But when the grass is cut much earlier for silage the Curlew nests are destroyed.

The same thing happens to skylarks and corncrakes amongst others.

So Mary used the links she had through the Natural History Unit to call conferences, where she and others talked about what was happening to the Curlew. I didn’t know how bad it had become and others probably didn’t either. Curlews are still there in the winter but those birds have flown over from mainline Europe.  Out the conferences came an action plan to leave at least some grass uncut. If you’ve been to the top of Ashton Park in the last few years you will see that the grass there is left uncut to give the skylarks a chance to raise their young. Although I’ve heard that this didn’t happen this year

The other thing they are doing is incubating curlew eggs at Slimbridge and then releasing the chicks when they are big enough to survive. Some of those eggs were collected from US airforce bases in East Anglia. They would otherwise have been destroyed as the birds are a threat to low flying aircraft. The US airforce offered a helicopter to fly the eggs to Slimbridge. That was politely declined. Helicopters are not exactly environmentally friendly and their blades would be a threat to low flying geese

So her challenge to us at the talk was to think of which small bit of the table we were going to concentrate on. Where was each of us going to make a start? And that is what I say to myself and to you.

For some it is supporting Extinction Rebellion. But I also notice how many of the congregation are cyclists – what about a pressure group to get more joined up segregated cycle tracks in Bristol. Or even make some areas more like Holland, where the streets are prioritized for pedestrians and bikes. It has been done in the London Borough of Waltham Forest with consequences like 100 bikes parked outside a local primary school. When this is done cycling and walking  feels safer and encourages more people to take to their bikes. But that’s just my enthusiasm – what about yours?  How are we going to live out the gospel by finding a way to polish a small corner of the table?