Still small voice in a time of Climate Crisis 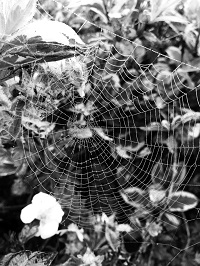 On Thursday evening the City Deanery Synod unanimously agreed to adopt the motion put to it by the PCC’s of our Benefice, along with the PCC of St Matthew’s Kingsdown-
We the PCC of Cotham Parish Church St Paul’s Clifton resolve to act on the urgent challenge of our times and de-clare a Climate and Ecological Emergency; and we request that a motion to the same effect is put to the Deanery Synod of Bristol City Deanery, and the Bristol Diocesan Synod. We pledge to work with and support other parts of the church and government, at local and national levels, in tackling this Emergency, and we call on others to do the same.

It’s good that this motion has received such enthusiastic support. However, in all the discussions there have been reminders of the importance of words into action; and backing up our declaration with commitment to changing priorities and lifestyles.

In the debate at Synod I quoted a recent report from International leaders stating that the world is ‘gravely’ unpre-pared for the effects of Climate Crisis. The lack of preparation they cite is at the level of finance, politics, planning; however I made the point that the world is also ‘gravely’ unprepared Spiritually for the effects of Climate Crisis. As we commit to meaningful action and change this needs to begin and end in prayer and contemplation. Climate Cri-sis is spiritual challenge and we are called to a new spiritual awakening.

Elijah’s encounter with ‘the still small voice’ transformed his understanding and experience of God and the way God acts in the world. Previously Elijah had shaped his prophetic ministry around dramatic interventions and dis-plays of God’s power. In his stand off with the prophets of Baal it is his capacity to call down fire from heaven that wins the day. But away from this dramatic showdown Elijah falls into depression and despair; renewal is only found at the mouth of the cave not in wind, earthquake or fire, but in God’s presence in the ‘sound of sheer silence’.
The God we believe in is probably closer to Elijah’s ‘still small voice’ than his earlier dramatic displays of power; however is our vision of God, in the face of Climate Crisis, as well as all the other complex challenging realities of the present, too restricted, misplaced or closed. Ilia Delio, theologian, scientist and Franciscan, believes we must be open to the kind of transformation of vision that Elijah experienced at the mouth of the cave. Delio argues that old cosmologies still shape our ‘picture’ of God, leaving God as just ‘nice idea’

“Our failure to be enkindled is because our image of God is old. Evolution discloses a new God, an imminent-transcendent fullness of love that inspires us to create anew… We are invited to trust, surrender, and believe that this world can be different…. To live in (God’s) love is to be committed to the whole, to live in the whole, to think the whole, to love the whole, to be ‘turned to the whole’.”
Ilia Delio, The Unbearable Wholeness of Being God, Evolution, and the Power of Love; Orbis Books 2013
A ‘turning towards the whole’ and knowing God within is the invitation of Contemplative Prayer; making space for God to be God and for a different and bigger vision to emerge. Contemplation is open to ‘The still small voice’ of God’s life in creation and the ‘unbearable wholeness of being’.

Contemplative Prayer is also Prayer that radically listens; that is attentive to voices that are silenced. In Romans Paul speaks of the ‘groaning’ of creation as all created life waits and longs for ‘the freedom of the children of God’ (Romans 8.19-23) In contemplation we can become attentive to this groaning – to hear in our present crisis creation longing for us to live in greater freedom for and with the Earth.
As well as hearing creation’s speechless groaning we will also be more attentive to the ‘silent music of praise’ offered ceaselessly by all life. This is the ‘small’ (but rarely still!) voice of God’s creation echoing the life that God pours into all life. As a society we have been deaf to the quiet rhythms and slow processes of the Earth – not heard above the noise of consumerism, economic growth, political turmoil and the thousands of distractions we subject ourselves to. Becoming attentive to the ‘still small voice’ is the call of the psalmist-

Day to day pours forth speech,
and night to night declares knowledge.
There is no speech, nor are there words;
their voice is not heard;
yet their voice goes out through all the earth,
and their words to the end of the world. (Psalm 19.2-4)